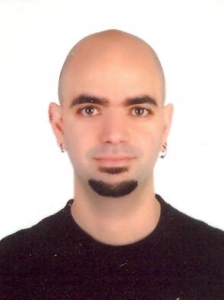 After completing his undergraduate degree in engineering at Boğaziçi University, Engin Ader finished his M.S in mathematics education at the same university and got his PhD from the University of Nottingham, UK. He has been working as a faculty member in mathematics education at Boğaziçi University since 2009 and in the Learning Sciences program since its onset at 2017. He has conducted research on areas such as teacher education, problem solving and improvement of students’ thinking skills. He has published in national and international academic journals and written several book chapters.

Engin Ader has been implementing various teacher trainings and workshops for both primary and middle school teachers. He has also been working as the mathematics education consultant of Boğaziçi University Alumni Association (BUMED) MEC schools since 2014. He spent the 2016-2017 academic year on a sabbatical leave at Arizona State University and conducted research together with some prominent mathematics educators. He acted as a coordinator for the European Association for Research in Learning and Instruction (EARLI) Metacognition Special Interest Group between 2015 and 2019. He has been involved in preparation of mathematics curriculum in Turkey since 2013 (between 2018-2019 for the gifted; and currently for K-12).